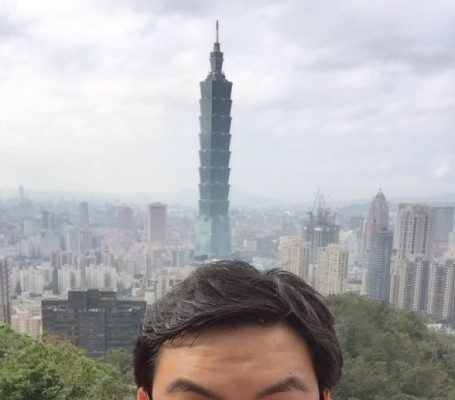 I stared blankly into the seemingly unending row of luggage that fell out piece by piece onto the conveyer belt in front of me. Terribly sleep-deprived, I remember feeling exhausted, yet energized, elated, yet sorrowful. It was a long trip, yet so worth it. Pulling out a photograph from inside my jacket pocket, I smiled.
It all began on the 22nd of January – ExCo members were requested to arrive earlier in order to facilitate our Live Meeting. Funny story – I went to the wrong hostel, and had to disturb the poor OCs (Organizing Committee) in the middle of the night (this will become a reoccurring theme) to figure out how to get to the correct hostel! To cut a long story short, I made it. With huge hugs all around, the ExCo members pulled out our computers and started working late into the night. It somehow felt different from working alone as we usually do – work seemed to get done that much easier!
How do you prepare to receive a hundred excited Vet students into your country? My answer for that would probably be “with great difficulty”. Yet, the OC pulled it off in an amazing way. Even as the ExCo sat and discussed issues over the entire day (from 9am until 8:30pm!), the OCs made it easy for friends, both old and new, to connect. They were the true heroes of the day. Hugs (and even some squeals!) flew all around, and promised an amazing Symposium.
The next few days were all filled with wonder, amazement, and sheer awe, as we fell in love with the culture, heritage, pride, and food of Taiwan. Okay MOST of the food in Taiwan. The night markets were amazing, and Tamsui and Shilin were absolutely unforgettable! “Stinky tofu”, for example, was something of a “challenge” to all delegates. I can just imagine how entertaining it must have been for the OCs and locals just to see the look on the faces of the delegates attempting to eat it!
One thing that really impressed me was the OC’s extreme meticulousness in the organization of food and events. One game that the Taiwan OC came up with was Taiwan Recorder, whereby they created videos, cards, and even an app for the game! Even though the ExCo was busy meeting up with Dr. Siraya from WSAVA, I was so impressed with the game that I wanted to get the creator of the game on my Public Relations team (The offer still stands if you are reading this, OCs!)! They even created their own “Room Escape” situation game, ending with a “Find the Missing Person” game that led to most of the delegates making a fool of themselves in the middle of Shilin Night Market!
General Assemblies (GAs) are the heart of Congresses and Symposia. What I really appreciated about the GAs this time around was the fact that towards the middle of the Symposium, more and more people started getting involved in the GA, even first-timers! It’s always encouraging when people are interested in work that your team has put months of effort into!
The workshops were very eye-opening as well. I personally was able to attend a Wildlife workshop and an acupuncture workshop. I believe that I speak for most of the delegates when I say that the different aspects of Traditional Chinese Veterinary Medicine (TCVM) was something that absolutely blew my mind. Though skeptical at first, the professors and practitioners did indeed have interesting theories and explained them in ways that are worth exploring, even if just for the sake of culture!
Thinking back, there was so much that happened, and yet time just flew by. They say that time flies when you’re having fun, but that is a complete lie. Time doesn’t just fly, it disintegrates! Again, I smiled at the photo that I held in my hands. I just gained an amazing family – one that will change this world as we know it. Literally. I can’t help but thank God – I have an amazing life. Recognition of a foreign degree in veterinary medicine in Germany

Enjoying the Job (as IVSA Secretary to the MOD)!

“Good idea, these blog posts!” I thought when I read all the previous blog posts…